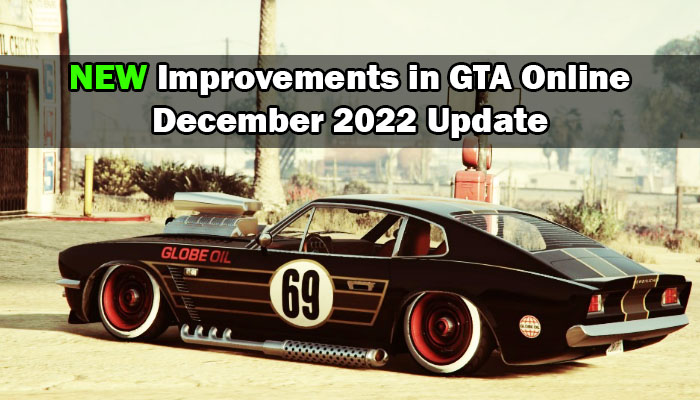 GTA New Improvements: This December’s GTA Online update adds a wide range of new improvements to Freemode and beyond. These improvements requests are added as per request by players via the GTA Online feedback. To summarize Three major areas for the updates are General Improvements, Vehicles Updates and Economy Updates. Plus, expect a fleet of new vehicles, world events, Contact Missions, and more.

Take a walk on the wild side of Blaine County in the first installment of a massive multi-part update taking you all across the expanse of Southern San Andreas, featuring some familiar faces and a new troupe of entrepreneurial misfits on a mission to expand the minds of the citizens of Los Santos, one trip at a time.