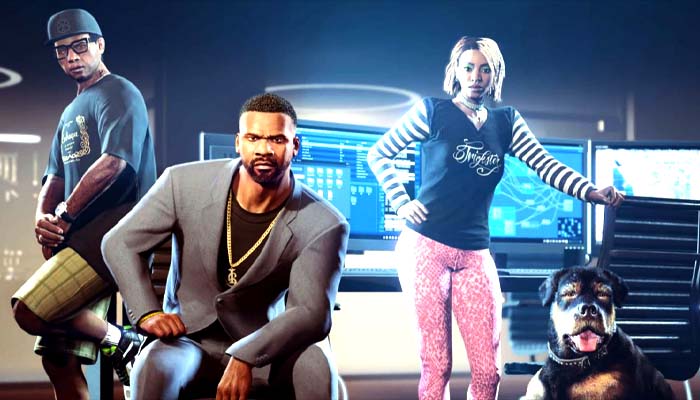 GTA The Contract – Exciting news for GTA Online Fans. The new update is landing this December 15. Rockstar has announced that there will be a New Story featuring Franklin and Friends. The update is coming with great features including the “Agency” Property/Business. In addition there will be few cars in the initial launch Enus Jubilee and Debauchee Champion.

A new radio station and music will be added in the game. Moreover Rockstar added the statement “unreleased exclusive tracks from Dr. Dre and a heavy-hitting line-up of artists”.

The release date of new DLC The Contract is on 15 December 2021. The release will feature new Agency Property, along with new weapons, vehicles, music, New DJ Pooh and many things more to come.

Franklin and Chop Are Now in GTA Online

Franklin needs two things: a reliable partner and a big-ticket, high-profile client. With your longtime LS contact and newly aspiring cannabis entrepreneur. Lamar Davis making the connection, you can be the partner that helps Franklin take the business to the next level.

Los Santos hustler Franklin Clinton has been making moves of his own. There will new DJ, new songs and new property business “Agency”.

The Contract, a heavy-hitting lineup of new music is there for players in Los Santos. In addition including a brand-new radio station. Further more special updates to two of the city’s beloved hip hop stations, and exclusive new music from Dr. Dre and more, all debuting December 15th.

GTA Online The Contract update is great addition to music stations. Also premiering on Radio Los Santos is the lead single from an upcoming EP on CircoLoco Records; “Let’s Get It,” the brand-new track from ScHoolboy Q produced by Nez. In addition to the new track hitting the radio, a new Nez house banger on the EP, “You Wanna” can be listen on an official CircoLoco Records USB collectible. In addition to second USB featuring “Let’s Get it.”  The EP’s third track, “Freaks” by Nez featuring Moodymann and Gangsta Boo is featured in “Kenny’s Backyard Boogie Mix” of last summer’s Los Santos Tuners update.